Heir To The Sun
The Sun Idol x Magic Silhoutte
95.12% Crabbet/Blunt breeding
“Sunny” was foaled in 1989
Bred by Suzan Whitaker of Ohio

HEIR TOTHE SUN is a predominantly Crabbet stallion whose pedigree comes from the heart of the very successful Lewisfield breeding program. Although Lewisfield was active for just a decade, the Lewises imported significant horses from England including HEIR TOTHE SUN’s maternal grandparents and combined existing American lines with them to produce National Champions. Lewisfield took over the Ben Hur herd which contained the full sibling  *RAFFLES get AARAF, AARAFA, and AARAFLA, and from AARAF and AARAF bred one of the world’s most beautiful Arabians of all time, LEWISFIELD SUN GOD, who was lost young after foundering. HEIR TOTHE SUN has a line to LEWISFIELD SUN GOD and to his full sister LEWISFIELD SUN GAL, and four lines to AARAF on his sire’s side. 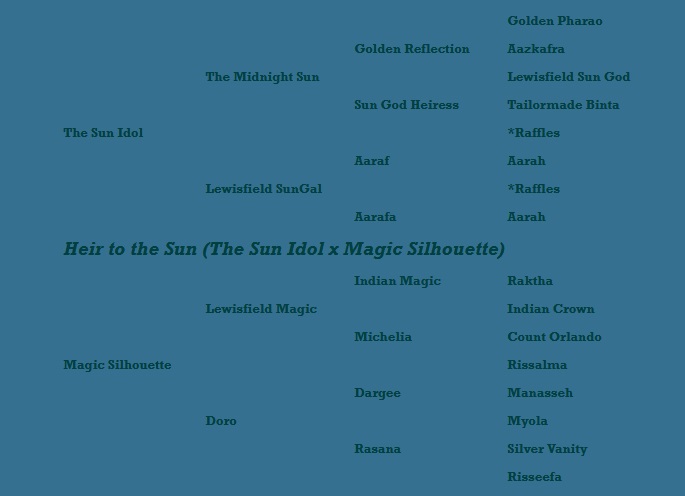