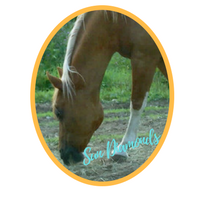 “Diamonds” was born at Phara Farm in 1993, and has four crosses to Lewisfield Sun God.

Diamonds was bred to the exquisite stallion, “The Sun Prince”, producing a chestnut colt named “Diamond Sun”. Annette’s husband, Luther, did not want this colt to go anywhere; he was so taken by him. Eventually, though he was sold to Lauri Livingston in S. Carolina. Since being with Lauri he has produced some beautiful offspring.

Having “Sun Diamonds” here now at Sunh-Kyst Arabians is a dream come true. As we had wanted to purchase her when she was first born, but at that time our circumstances would not allow it. So finally in 2008 we came full circle when Diamonds arrived here. We are really looking forward to her foals!