Read more about Lewisfield SunGal from the Gaye Schaufus-Myers article originally published in the March 1993 Crabbet Edition of The Arabian Horse Express magazine….

Lewisfield Sungal’s sire and dam were both champions, and Sungal became a producer of champions. Her son, “The Sun Idol”, became a Class A English Pleasure and Most Classic winner.

Lewisfield Sungal was sold again to Whiskey Run Ranch in Ohio, producing 4 more offspring. Now, Sungal getting along in age, was sold to Kim Johnson of New York. At the age of 26 Sungal produced her last colt, “The Aafrican Sun”. Finally, on her last journey she came to us at Sunh-Kyst Arabians. We had hoped to breed her one more time ~ but not to be, so Sungal stayed with us until her passing at age 30. She was a great lady, and we miss her. 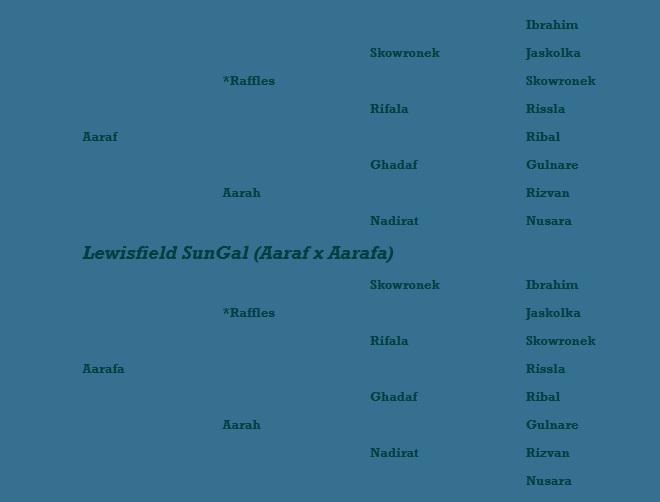