*PRINCESS ALANA is out of PRINCESS RUBI’A. Her sire, RAJEYD, is closely related to multi-British National Champion Stallion HAROUN, who is by a *SILVER VANITY son out of a LUDO daughter while RAJEYD is by LUDO out of a *SILVER VANITY daughter, SILVER RIPPLE, who is also the dam of *SILVERN MAGIC, sire of ROSALAINA. RAJEYD’s sire LUDO  was named Supreme Riding Horse at the Royal International show and winner of the Winston Churchill Cup. LUDO also sired LUDOMINO, the only Arabian ever to win the Supreme Ridden Championship at the Royal Windsor Show, which is awarded to the overall champion at the show and must be won against all breeds in ridden competition. LUDO is a full brother to British Reserve Supreme Champion Mare  LILAC DOMINO and a 3/4 brother to 1962 British Reserve Senior Champion Stallion MANTO.

PRINCESS RUBI’A is out of PRINCESS ALIA, a paternal sister to British Reserve National Champion Gelding SHARUKH and to British National Champion Stallion SILVER FLAME.  Her sire, INDIAN FLAME II, is a son of INDIAN MAGIC out of an ORAN daughter. PRINCESS ALIA is out of PRINCESS TROUBADOR, also dam of the American import *PRINCE ZEYD, sire of multi-Top Ten Half-Arabian Western Pleasure MR MAJESTYK+++. PRINCESS TROUBADOR is a full sister to LUDO. Her carefully linebred heritage insured ROSALAINA’s own quality. She is a rare gem! 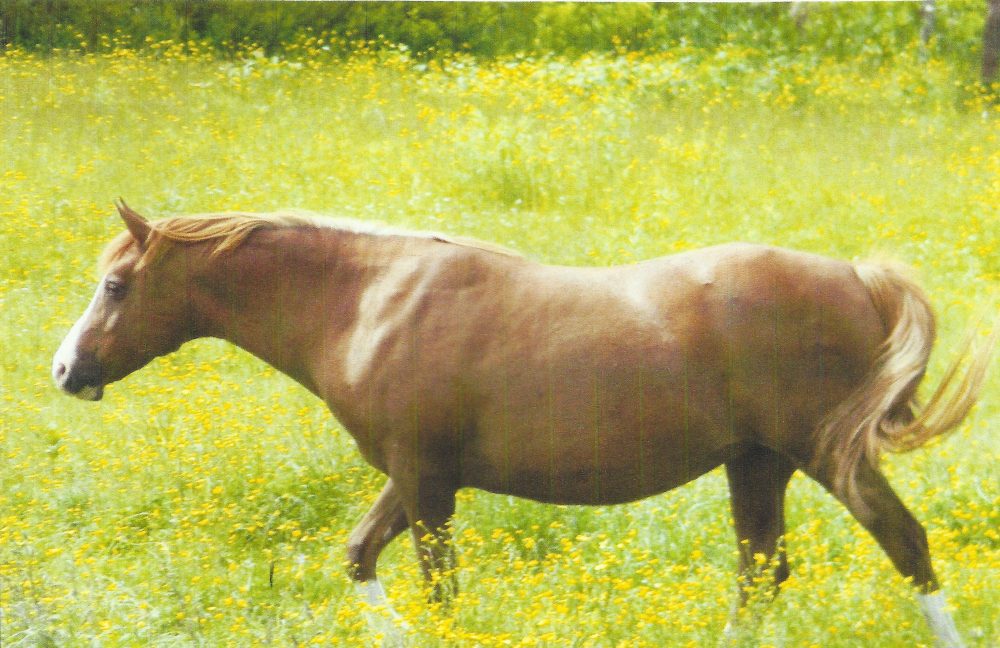